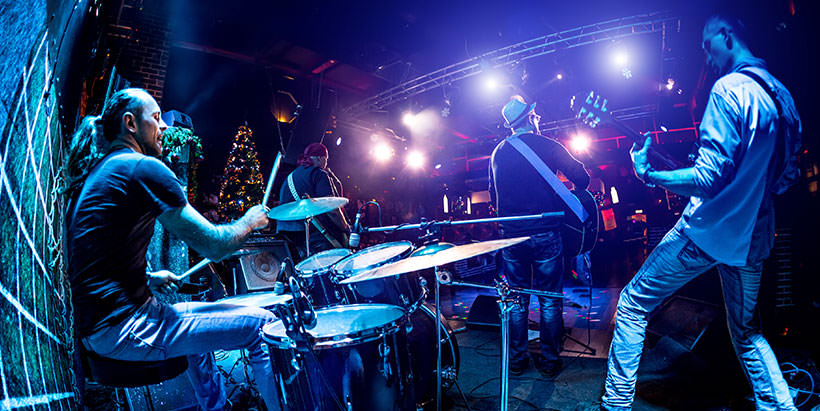 Born Robyn Rihanna Fenty, on February 20, 1988 in Barbados, Rihanna signed with Def Jam records at age 16 and released her first album, which sold more than 2 million copies worldwide, in 2005. She went on to release more albums and hit songs, including “Unfaithful,” “Disturbia” and “Umbrella.” Rihanna has also won multiple awards including Grammys, MTV Video Music Awards and Billboard awards.

Singer Robyn Rihanna Fenty was born on February 20, 1988, in St. Michael Parish on the Caribbean island of Barbados. She is the eldest of three children born to Monica Fenty, an accountant, and Ronald Fenty, a warehouse supervisor. Rihanna’s childhood was marred by her father’s struggles with addictions to alcohol and crack cocaine and her parents’ marital problems—they divorced when she was 14 years old.

However, since that time, Rihanna’s father has managed to conquer his addictions and the pair are now very close. “Now my dad is like the coolest person on the planet,” Rihanna says. “He doesn’t smother me. He lets me live my life. And he’s been like that a lot, even when I was younger. He would watch me making a mistake and he wouldn’t stop me. My dad, he lets me make it and then I learn.”

Rihanna also struggled with crippling headaches for several years during her childhood, a condition she attempted to hide from her friends and classmates so that they would not think she was abnormal. “I never expressed how I felt,” she remembers. “I always kept it in. I would go to school … you would never know there was something wrong with me.”

As a teenager, Rihanna turned to singing as a release from her troubles at home. She formed a girl group with two classmates; when they were 15 years old, they scored an audition with music producer Evan Rodgers, who was visiting the island with his Barbadian wife. Rogers was awed by the precociously beautiful and phenomenally talented Rihanna, to the unfortunate detriment of her two friends. “The minute Rihanna walked into the room, it was like the other two girls didn’t exist,” he admitted.

Less than a year later, when Rihanna was only 16 years old, she left Barbados to move in with Rogers and his wife in Connecticut and work on recording a demo album. “When I left Barbados, I didn’t look back,” Rihanna recalled. “I wanted to do what I had to do, even if it meant moving to America.”

In January 2005, Rogers landed Rihanna an audition for Def Jam Records and its newly minted president, the legendary rapper Jay-Z. “I was in the lobby just shaking,” she recalled. However, once Rihanna opened her voice to sing she regained her composure. “I remember staring into everybody’s eyes in the room while I was singing, and at that point, I was fearless,” she said. “But the minute I stopped singing, I was like, ‘oh my God, Jay-Z is sitting right in front of me.'”

The hip-hop icon was every bit as wowed by Rihanna’s stunning voice and commanding presence as Rogers had been two years earlier, and he signed her on the spot. “We made a little Godfather joke,” Jay-Z remembered. “We said the only way she could leave was through the window.”

Only eight months later, in August 2005, Rihanna released her first single, “Pon de Replay,” a reggae-influenced club track that skyrocketed to No. 2 on the Billboard singles chart and announced Rihanna as the next big up-and-coming pop star. Her first album, Music of the Sun, released later that month, reached No. 10 on the Billboard albums chart and also featured the single “If It’s Lovin’ That You Want.” Rihanna released her second album, A Girl Like Me, the next year, spawning two major hits in “Unfaithful” and “SOS,” Rihanna’s first No. 1 single.

In 2007, Rihanna effected a transformation from cute teen pop princess to fully fledged superstar and sex symbol with her third album, Good Girl Gone Bad, fueled by its smash hit lead single “Umbrella,” featuring Jay-Z. “It shows such growth for her as an artist,” Jay-Z said about the track. “If you listen to the lyrics to that song, you know the depth and how far she’s come.”

“Umbrella” topped the Billboard singles chart and earned Rihanna her first Grammy Award for Best Rap/Sung Collaboration. The album reached No. 2 on the charts and also featured the singles “Don’t Stop the Music” and “Shut Up and Drive.” Good Girl Gone Bad: The Remixes, released the following year, scored two new further hits in “Disturbia” and “Take a Bow.”

Continuing her onslaught of hit albums, Rihanna released Rated R in 2009 with the singles “Hard” and “Rude Boy.” Her 2010 album, Loud, was once again an enormous commercial and critical success behind the songs “What’s My Name,” “Only Girl (In the World)” and “S&M.” Besides her own laundry list of hit songs, Rihanna is also featured on a host of mega hits by other artists, including Jay-Z’s “Run this Town,” Eminem’s “Love the Way You Lie” and Kanye West’s “All of the Lights.”

Rihanna has also made headlines in her personal life, although often for circumstances beyond her control. Rihanna first made gossip column headlines in 2006 when rumors swirled that she was having an affair with her mentor, Jay-Z. Both she and Jay-Z have always dismissed such allegations as ridiculous. “At first I was like, ‘Ha ha, it’s funny,'” Rihanna said. “Now I just ignore it and I’m numb to it. You cannot stop people from saying what they want to say.”

In 2009, Rihanna again made headlines again, becoming the center of a media firestorm after a domestic violence incident in which her then-boyfriend Chris Brown assaulted her before an awards show. The incident sparked a huge public outpouring of support for Rihanna, and she has since become a spokesperson against domestic violence. “This happened to me,” she said in an interview with Diane Sawyer. “It can happen to anyone.”

Rihanna was later romantically involved with Los Angeles Dodgers outfielder Matt Kemp, but the pair have since split ways.

Since she first appeared on the pop music scene in 2005, this Barbadian pop star has enjoyed a nearly uninterrupted run at the top of the music industry. For nearly six years, it has been virtually impossible to listen to the radio or enter a dance club without hearing one of Rihanna’s infectiously catchy songs. But beyond the constant stream of hits and her unflappable public image, Rihanna acknowledges that she is still just a vulnerable young woman who has experienced much adversity in recent years, and often struggles to keep it together.

“I put my guard up so hard,” she said of the aftermath of her domestic violence incident with Chris Brown in 2009. “I didn’t want people to see me cry. I didn’t want people to feel bad for me. It was a very vulnerable time in my life, and I refused to let that be the image. I wanted them to see me as, ‘I’m fine, I’m tough.’ I put that up until it felt real.”

In 2012, Rihanna appeared to be reconnecting with Brown. The pair worked together on the song “Birthday Cake” released that year. Rihanna also spoke very candidly with Oprah Winfrey about her relationship with Brown that August. She told Winfrey that Brown may have been the love of her life and she has developed “a very close friendship” with him.

On her 2012 hit album Unapologetic, Rihanna turned out such hits as “Diamonds” and “Stay.” She also worked with Coldplay on the hit “Princess of China” and rapper Eminem on “Love the Way You Lie.” The following year, Rihanna reached the top of the charts with another collaboration with Eminem entitled “The Monster.”

Known for her wild style, Rihanna made headlines for the sheer dress she wore to the Council of Fashion Designers of America Fashion Awards in June 2014. She was there to receive the CFDA’s Fashion Icon Award and told the crowd that “Fashion has always been my defense mechanism,” according to an Associated Press report. Rihanna acknowledged that there were some rules to fashion, but  explained that “rules are meant to be broken.” Around this time, Rihanna made a bold professional move as well. She switched from the Def Jam label to Jay-Z’s Roc Nation.